In modern software development, a project isn't a project without a proper versioning scheme. 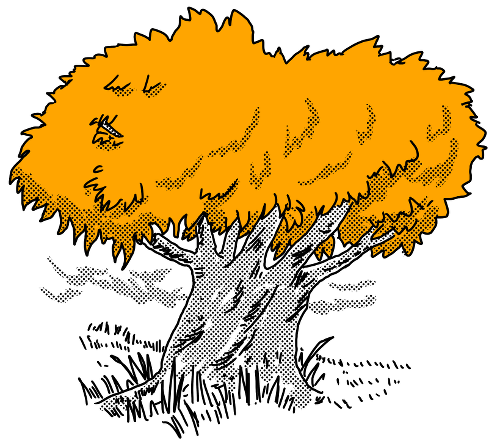 Weak version management neglects clients like lack of source control neglects collaborators. Dependency management and migration rely on versions. Beyond the technical, a project's version bears a huge impact on the perception of the project. It informs adoption and entices users to upgrade. The version is attached to the name of the project — appearing closer and more often than the names of the maintainers. Versions are how a project builds a legacy.

So why do projects leave versioning to afterthought? What do clients expect and what do projects need?

Followup: This post culminated in the announcing CalVer and launching calver.org. This page provides a thorough background to the CalVer best practices.

Currently, the go-to versioning system for open-source software is referred to as Semantic Versioning, or SemVer.

Take a quick look at the 40 most recent updates on the Python Package Index (PyPI). My glance showed all but six packages had the comfortable three-part versioning scheme, major.minor.micro. Among those packages the highest minor version was 108. The highest micro version was all the way up to 595.

So, if SemVer is so popular, it must be easy, right? Follow a couple straightforward steps. Pick a number, add one to it. With arithmetic that simple, what could go wrong?

Everyone knows it's more exciting to announce 2.0 than 1.7.0, even if there's more user demand for the latter than the former. This is especially true with SemVer, because a SemVer major version change implies breaking the API.

As we will see, there are consequences to this. People judge value based on version number. SemVer supports this opaque apples-and-oranges comparison, punishing libraries that get it right on the first try, and encouraging libraries to break APIs to appear more mature and get that coveted 2.0.

More damaging than the fatuous 2.0 is the epidemic of Zeno's 1.0.

Witness the version, racing to numeric motionlessness. (Image based on Martin Grandjean's.)

To quote the second answer in SemVer's own FAQ:

On this count, SemVer might be found not guilty.2 If so, it's the SemVer users that didn't get the memo — myself included. Maybe if it had been in the spec itself.

The problem is the heavy emphasis on "public API" breakage. Conservative library authors end up indefinitely preferring the semantic power of 0.x: The ability to break APIs. Whether the cause is conservatism, humility, or misunderstanding, the effect is misrepresenting the release state of many major libraries.

A more practical scheme might help represent accurate versions for mature, production libraries like Cython (0.23) and SciPy (0.17), both of which have books and nearly a decade of release history still on PyPI.

Appealing to engineering aesthetics, SemVer is presented as a "specification". But, unlike the vast majority of successful RFCs, there is no validation or certification that can determine whether a project has a correct implementation. Yes, if a project API changes, but the major version is not incremented, the SemVer specification has been violated. But there's no way to test that generally, and no one does it specifically.

SemVer is a detailed suggestion. Software breaks as quickly as SemVer's promise. The remediations do not happen. Better to embrace the realities of versioning, rather than argue over the MUSTs and MUST NOTs of an unenforceable specification.

Let's take a brief moment to reconsider the humble version.

We encounter far more software than we write. Few, if any, expect compliance with all the suggestions in SemVer. So what do we expect from our versions?

The later the release, the greater the version. Sofware should not change without a version change, and the version must go up, and never come down.

#3 Versions are numeric, except when they're not

Version vernacular is now thoroughly mainstream: "alpha", "beta", "dev", "nightly", "stable", and so on. There are also named project versions, like those used in Linux distributions, such as Debian's "jessie", Ubuntu's "trusty", and Windows' "longhorn". Non-numeric versions are often hijacked for branding purposes. Numerical versions' technical utility is much more important to preserve.

We take our version expectations for granted, but a convention this fundamental has profound effects at scale. As mentioned above, higher versions are expected to be better, especially within a project. But there is at least one case where this impact very publically spilled out across projects: The Chrome-Firefox Version Wars.

When Google Chrome entered the browser race, it brought with it a fast feature release schedule and a versioning system to match. This versioning system had Chrome see a dozen major releases while Firefox was still 3.x. Firefox looked like it was being left in the dust, despite the fact that Chrome was less mature and, as anyone who used it at the time can attest, Chrome 4 wasn't half the browser Firefox 4 ended up being.

After a couple years of this onslaught, Firefox switched its versioning system to match. Now, despite browsing for hours a day, few users or even developers could tell you off the top of their heads what version of Firefox/Chrome they use.3

SemVer ignored this huge precedent, harshly judging fast-moving projects. Let's call that our last straw and look at an alternative.

If you're an earnest engineer with honest intents of creating, releasing, and maintaining a project, then calendar versioning may be for you. CalVer fulfills all of the versioning expectations, so what advantages does it bring?

People are calendar-oriented. Practically, it's just easier to remember that a library was causing a live issue back in 2013 than it is to remember that up until version 1.6.18 that library had a lot of bugs.

Furthermore, in long-term development, releases pile up and increasingly large major versions blur together. Browser versions have been rendered meaningless. But the calendar is one construct where numbers increase and cycle regularly. Leveraging that natural understanding anchors otherwise arbitrary versions.

"Semantic" Versioning is all relative. One developer's 1.0.0 is another's 0.0.1alpha. As authors, we try to ignore this and write others off as wrong. But as clients, we make snap judgments, and SemVer lets us forget and pretend. Calendar versioning is absolute and neutral, with practical advantages to boot.

As application developers adding functionality, evaluating a new library means ascertaining maintenance status, usually by looking at the most recent release date. CalVer puts us in the ballpark right away. As maintainers depending on many libraries, calendar versioning allows us to look at the dependency list and quickly ascertain which libraries are good candidates for updating. CalVer even lets us take that a step further, with date-based deprecation.

Many might not realize it, but the oh-so ubiquitous Ubuntu is in fact calendar versioned. For example, version 15.04 came out in April, 2015. It gets better when you remember Long-Term Support. Ubuntu's LTS support lasts for five years. So, 14 + 5: Ubuntu 14.04's end of life will be in 2019. You don't have to look anything up. It's all right there in the CalVer semantics.4

If you care about the future of the project, then guard it against one of the worst fates: the fatuous 2.0. Give your project a future. Guard against the learned expectation of 2.0 or death.

A 1.x always carries one advantage over a 2.0: the code is deployed and working. Avoid contempt for past decisions and current users. In engineering, utility is half of correctness.

SemVer is set up so that every major release implies a minimum threshold of change. If the project is founded on and aiming for correctness, fewer and fewer changes are required. Donald Knuth embraced this in the extreme by having TeX's version approach π asymptotically. Suffice to say with CalVer, you are safe to add as much or as little functionality as needed.

Too often projects become a victim of versioning. New projects end up masquerading as new versions. D3 could have been Protovis 2.0, but instead, a successor was created. Both projects coexisted and we are all the better for it. Same with characteristic and attrs. Successors and CalVer protect projects and do justice by clients and code.

Consider adding a calendar component to your next library's versioning schemes. As for my opinion, I've joined other maintainers in doing so for boltons and ashes. I've found it makes a lot of sense for libraries, and a little less sense for protocols and services.5

Either way, think about project versions. The version is part of your project's face and your clients' integration. After spending days, weeks, and months on a project, it's worthwhile to spend a few minutes or hours designing a versioning system tailored to the needs of project users and maintainers.